This post will make you believe that you can become rich from starting a YouTube channel. As you’ll see, many of the filthy rich Youtubers who made it on this list started from humble beginnings, and made their way to the top earning millions in yearly revenue along the way, doing what they love to do.

How he did it: Felix Kjellberg, mostly known as PewDiePie, made his millions on YouTube by sharing commentary video game videos for games like Minecraft, Call of Duty, and more. He has over a 110 million subscribers.

How he did it: Jimmy Donaldson, better known as MrBeast, started making YouTube videos in his bedroom when he was just 13 years old. 10 years later, and he is one of the most paid Youtubers. He is known for spending huge amounts of money on his videos (like half a million dollars on one video) and giving away money (as high as $700k) to his friends and strangers. You might notice that his net worth is low considering his yearly revenue, that’s because MrBeast spends almost all of his YouTube revenue back into his videos, with the goal of making the best videos on the planet!

How he did it: David Dobrik started of on Vine, then switched to his current YouTube channel. David posts vlogs with his friends that are super entertaining, which made him one of the highest-paid YouTube personalities.

How she did it: Lilly Singh studied Psychology at university and had a corporate job for a short period of time. However she felt a calling to the creator world and made her first  YouTube video in 2010. He YouTube success has also opened up doors for her to star on television.

How he did it: Rhett studied and graduated with an engineering degree! But he is best known for being the host of several YouTube shows, including Good Mythical Morning with his co-start Link Neal.

This post has covered several successful YouTube personalities that make millions despite their different backgrounds. Some were engineers, some didn’t even get a university degree. Hopefully this post inspires you on your path to internet success! 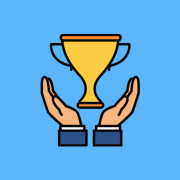 My Internet Success
Sharing tips and tricks to help YOU on your internet success journey!
Previous

Do You Want Stronger Friendships, a More Balanced Mindset?

Placeit Review: Is Placeit Worth It?

How to Start an Airbnb Business Without Owning a Property

Today we are going to talk about how it is possible to start an Airbnb ...
By My Internet Success
January 6, 2022

Twitch is a live streaming service for gamers and gaming audiences who like to watch ...
By My Internet Success
November 15, 2021

The Two Most Important Tools to Reconnect With Your Partner

Relationships Aren’t Easy, But They’re Worth It

A Simple Way to Address the Gap Between Attention and Intention

Stop Holding Onto Someone Who Is Already Gone

How to Start an Airbnb Business Without Owning a Property